Day 8 – On our own in Shanghai

This was the departure day for most of our group.  My son and I however had added on a few days on this trip to see Shanghai Disneyland and Hong Kong Disneyland.  We had reservations this night for Toy Story Hotel at the Disneyland Resort.  We had found a friend who had the same itinerary so we decided to travel together.  The metro was easy to navigate to get to Disneyland, but I did not want to try to navigate it with our luggage, so we decided we would take a taxi.  However, we had all wished we could have seen the Yuyuan garden so we decided to visit there before we checked in at Disneyland.

Another one of our friends was on a later flight and decided to visit the garden with us, so we set out on the metro.  The metro is pretty simple.  It’s basically 5 CNY (less than $1) for each trip no matter how far it is.  You simply put in that you are purchasing one fare and it will spit out a ticket.  You do need to keep your ticket as you will run it through the machine again when you exit.  I did have a couple times that my ticket would say it was invalid and I had to pay an extra yuan to be able to get out.  This happened two different times randomly (and only to me, not my son) so I’m not sure what happened and no one spoke enough English to explain it to me.  Just be prepared with an extra yuan just in case.

We easily found the Yuyuan Garden metro stop (just a couple stops away from the stop nearest our hotel).  However, when we exited, we were a little unsure which exit to use.  As we were trying to read the signs a gentleman came up to us and started talking to us in English.  He explained that he was going to his shop in garden shopping center and he was happy for us to follow him.  As we walked to the garden center, we had a very nice chat and he showed us the best restaurant for the soup dumplings.  Before we parted company, he politely asked if he could show us his store.  Since we were in no particular hurry we went with him to see his beautiful store.

Our new friend had a very nice store that specializes in fresh-water pearls, jade, and tea.  He opened an oyster and let us see the pearls that are created by these creatures.  He explained that fresh-water pearls are more efficient than natural pearls as they can create multiple pearls in each oyster.  If I remember correctly, the oyster he opened for us had over 40 pearls!  He told us rather than growing from a grain of sand, the oyster farmers plant a small piece of oyster meat in the oyster as a “pearl seed”.  He showed us how to evaluate pearls by their shape, size, and color.  Of course, he showed us some of the beautiful things we could buy at a special price since we are now friends.  I will admit, I came home with a beautiful set of pearls with jade accents as well as a jade horse pendant.  The jewelry was beautiful and the prices were much more reasonable than what we had seen at other stores.  Before we left, our friend insisted on us joining him for a tea ceremony.  He had one of his employees make tea for us and we had a great time sharing this experience.

We then went to the restaurant known for having the best soup dumplings, Nanxiang Steamed Bun Restaurant.  This restaurant was opened in 1900 and has been serving the Xiaolongbao since then.  There was quite a line waiting outside the restaurant.  But our friend told us not to worry, that there was a huge dining room that seated around 400 people on the second floor.  He was right, we only waited maybe 10 minutes before we were escorted to a table.  We ordered several varieties of the famous soup dumplings and they were served in just a few minutes.  This place is extremely busy, but so organized that even with the large number of customers, there is only a slight wait.  I must say, the wait was worth it!  This was one of the most delicious meals I have ever eaten.  We had the soup dumplings a couple of times on our trip, but none melted in your mouth like these.  If you ever get to Shanghai, please take the time and try this restaurant!  You won’t be sorry.

After the amazing lunch, we leisurely explored the Yuyuan garden.  It had many beautiful areas despite the time of year was not the best for the plants.  There were several buildings one could explore and many rock formations.  This is a beautiful place to take amazing pictures.  I would love to see this garden in full bloom.

From here we went back to the Bund Riverside Hotel to retrieve our luggage and then we left for the Disneyland Toy Story Hotel.  (I will write separate entries about Disney topics.)  That evening, my son and I went back into Shanghai on the metro for one of the best events of our trip.  I got to meet one of my darling students!  We enjoyed a meal at a mongolian restaurant.  They served many kinds of meet and a noodle soup that is one of my student’s favorite meals.  After the meal, we walked along the river to a nice little park.  Outside of the shopping center where we ate, a group of women were dancing, and in the park a man was doing Tai Chi under a street lamp (that would have made an amazing video, but I didn’t feel it was polite to interrupt him).  Then my student’s father escorted us back to the metro and we returned to our hotel.

This day, we walked 7 miles (partly because we got lost meeting my student and we re-traced our steps quite a bit).  But, this was such a great day because we did not have to keep up with the group and we could be more flexible.  (And of course everyday with DISNEY is great!)

I hope you have enjoyed my daily reports from the trip.  If you have any questions, please feel free to contact me or comment below the post and I will answer as soon as possible. 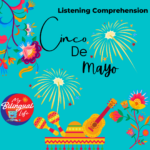 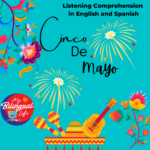 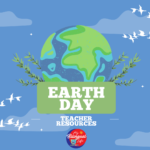 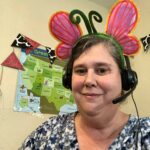